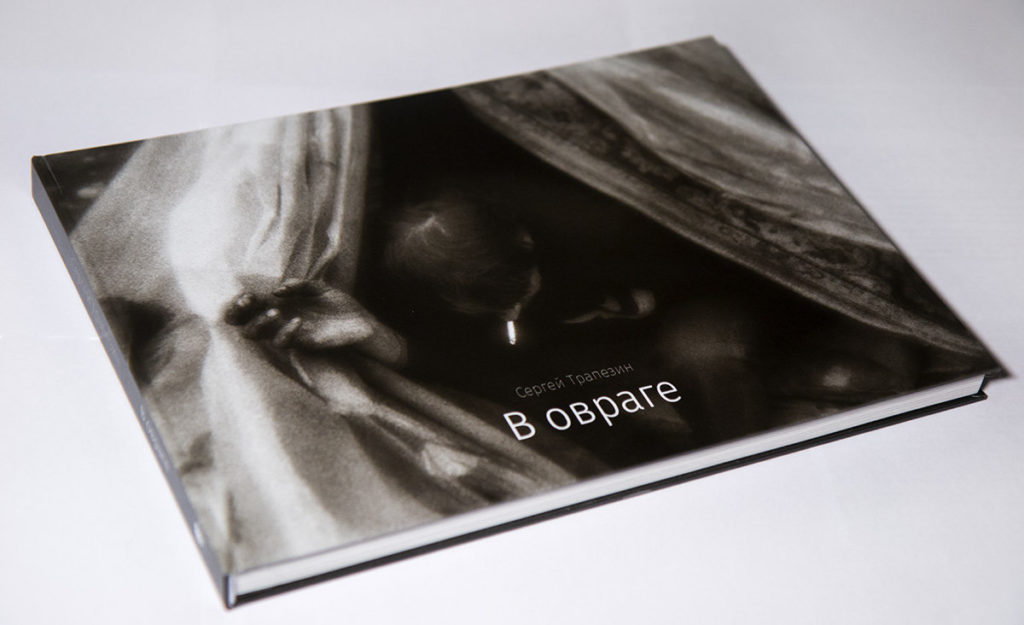 The book includes the photo story made with the hand-made soft focus lens and the extracts from the author’s diary.

We come here to get away from pain

I found this makeshift homeless camp by accident. In April 2015 I was walking to work by a park located on the slope of a large ravine and suddenly smelled a mix of smoke from fire, damp warming up ground and stale water from a snow melter, so unusual for Moscow. It brought back a rush of memories of my travels in provincial Turkey, of spring in Moscow region and something else I could not exactly tell. I went down the ravine to see where the smoke came from.

That is how I came to know the camp. I photographed it for over a year, regularly coming to the ravine to spend time with the camp residents. Of course, I did not start photographing them right away. It took time to build the necessary trust. And then I did not photograph anything that could possibly compromise the people from the ravine.

There are 10-12 people who live in the camp more or less constantly, and six more people visit it often. Old residents have been living here for a couple of decades and call their camp “ravine” or “field”. Many are Muscovites. They got caught up in this situation for different reasons. Some of the camp residents have close relatives who live in normal apartments nearby, but difficult relationships made them leave. As they had nowhere to go and there was no work or the work didn’t bring enough money to rent an apartment, they came to live here. Some of them don’t have documents so they cannot potentially find an official employment. For various reasons recovering the documents is an almost impossible task for them.

But the guys see some good in their lifestyle, despite the drawbacks, – here they can live in nature and have some peace of mind without difficult relatives. When I began photographing them, there were 6 tents made from the materials they salvaged in the junkyards – cardboard, plywood, planks, rugs, cellophane, linoleum, etc. In each tent there was a makeshift stove made of clay and bricks that gave enough warmth to cook hot meals in winter and not to freeze. Naturally, in summer they cook food on open fire and brazier grill.

The homeless people try to keep low profile and not come into conflict with the residents of the apartment buildings nearby. “We leave other people be and they should leave us be too”. Nevertheless, the police tries to drive them out of the ravine from time to time. Still the camp residents have nowhere to go, and the camp reemerges again. The previous crackdown happened in 2014 (before I started photographing them). Then most tents were burned. The grass still doesn’t grow in that spot and there are charred trees. As a result, the camp moved to a different spot in the ravine. Several crackdowns that happened after I started shooting the camp are reflected in the photographs.

The ravine residents earn money mostly by searching the dumpsters for junk and recyclable materials (basic metals and aluminum cans, sometimes glass bottles) and selling them. They spend a large part of their income on alcohol and cigarettes. They find their food (meat, fish, vegetables and fruits) in the dumpsters where the stores dump it. “We will not be hungry as long as there are expensive stores in Moscow”. Expensive stores throw away the food that is about to expire. The camp residents find their clothes in the dumpster, too.